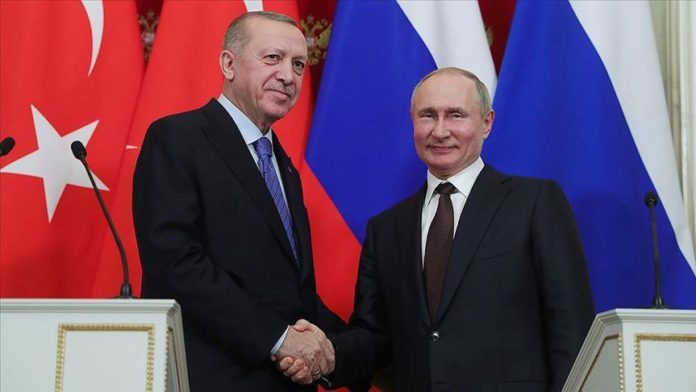 Turkish President Recep Tayyip Erdogan on Tuesday spoke over the phone with his Russian counterpart Vladimir Putin to discuss bilateral relations and regional developments, including in Upper Karabakh and Syria.

According to a statement by the Turkish Communications Directorate, Erdogan said a right step towards a permanent solution to Upper Karabakh dispute was taken last night.

He said this “significant opportunity” should not be wasted, and it should be used to ensure lasting peace and stability in the region.

Erdogan underlined that Armenian side should comply with the cease-fire and commitments mentioned in the joint statement signed by both Azerbaijan and Armenia.

He said that Turkey together with Russia will be monitoring the cease-fire through a Joint Center that will be formed on a territory liberated from the occupation of Armenia.

“Hence, Russia has a significant responsibility in this regard,” the statement said.

The Turkish president also stressed the importance of the return of displaced Azerbaijanis to their homes in Upper Karabakh and opening of a corridor between Azerbaijan and Nakhchivan.

Stressing that Upper Karabakh showed significance of Turkish-Russian cooperation for resolution of regional conflicts and disputes, Erdogan said same spirit should be exercised in Syria, where they can establish a similar mechanisms.

Putin announced early Tuesday that the two former Soviet republics have signed a deal to end the conflict in Upper Karabakh, also known as Nagorno-Karabakh.

Azerbaijani President Ilham Aliyev has hailed the agreement as a victory for his country, saying Baku’s military success has enabled it to gain an upper hand to end the three-decade-long occupation of its territory.

The Turkish leadership has also welcomed the truce, terming it a “great victory” for Azerbaijan.

Relations between Azerbaijan and Armenia have remained tense since 1991, but fresh clashes broke out on Sept. 27.

Besides other towns and villages, Baku’s liberation of the strategic city Shusha on Sunday had signaled that victory is imminent. 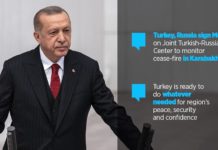 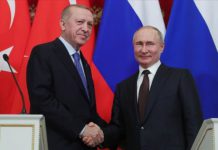 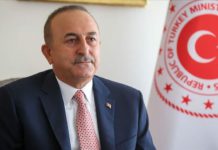 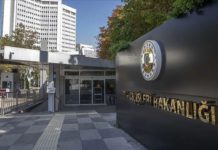 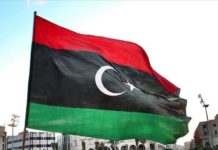 November 29, 2019
We use cookies to ensure that we give you the best experience on our website. If you continue to use this site we will assume that you are happy with it.Ok