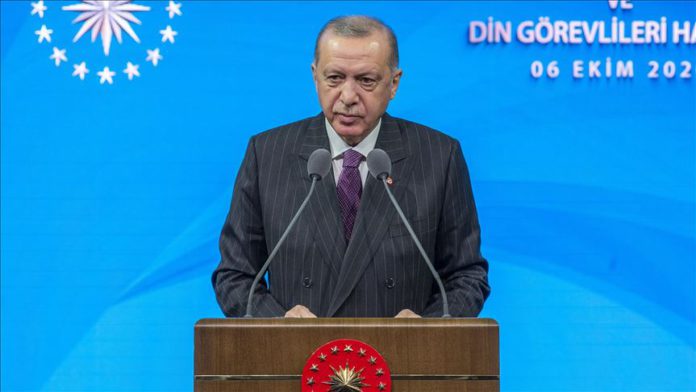 “[Emmanuel] Macron’s statement on ‘Islam is in crisis’ in a city where Muslims are the majority go beyond disrespect and are a clear provocation,” Recep Tayyip Erdogan told a gathering of mosque and religious workers in the Turkish capital Ankara.

In a speech in the western Paris suburb of Les Mureaux — an area with a large Muslim population — Macron claimed that Islam is “experiencing a crisis across the world”.

“Attacking Muslims has become one of the most important tools for European politicians to hide their failure,” Erdogan stressed.

Some prime ministers and presidents are now resorting to this cheap policy, which was previously used by fascist groups to gain votes, Erdogan said.

“European leaders who are stuck in domestic politics and failed in foreign policy try to cover up their inadequacy by targeting Islam,” he added.

“In fact, Macron wants to hide the crisis that France and French society face by talking about the crisis of the Islamic world. It is understood that with the law combating extremism, the main purpose is not to fight fanaticism but to settle accounts with Islam and Muslims,” Erdogan stressed.

Erdogan urged Macron to act like a responsible statesman, rather than pretending to be a colonial governor.

In many Western countries, racism and Islamophobia are safeguarded by the state itself, he added.

“Those who deflect their targets instead of confronting racism and Islamophobia are the ones who harm their societies,” Erdogan said.

“The stigmatization of Muslims — who have been living in the French society for half a century — as ‘separatists’ will lead to great conflicts. Nobody has the right to risk Muslims’ safety of life and property or freedom of belief and worship,” he said.

The president also stressed that Turkey is against assimilation, while it strongly supports integration.

Speaking on Turkey’s move to allow worship in the Hagia Sophia Grand Mosque, Erdogan said the country “removed shadows on its independence.”

On July 24, Friday’s prayers in the Hagia Sophia Grand Mosque marked the first acts of worship there over the last 86 years.

Some 350,000 Muslims took part in Friday prayers on July 24 both inside and outside the historical mosque in Istanbul, Turkey’s largest metropolis.

On July 10, a Turkish court annulled a 1934 Cabinet decree that turned Hagia Sophia into a museum, paving the way for its use as a mosque.

In 1985, during its time as a museum, Hagia Sophia was added to the UNESCO World Heritage List.

Besides being a mosque, Hagia Sophia is also among Turkey’s top tourism destinations and will remain open for domestic and foreign visitors. 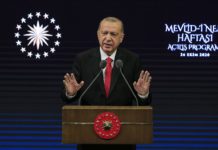 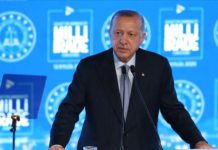 Erdogan to Macron: ‘You cannot lecture us on humanity’ 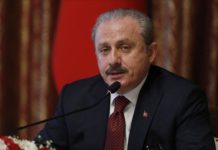 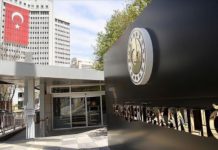 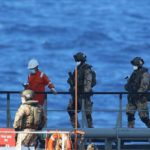 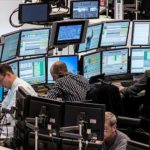 Iran's foreign minister due in Turkey for talks

December 3, 2019
We use cookies to ensure that we give you the best experience on our website. If you continue to use this site we will assume that you are happy with it.Ok