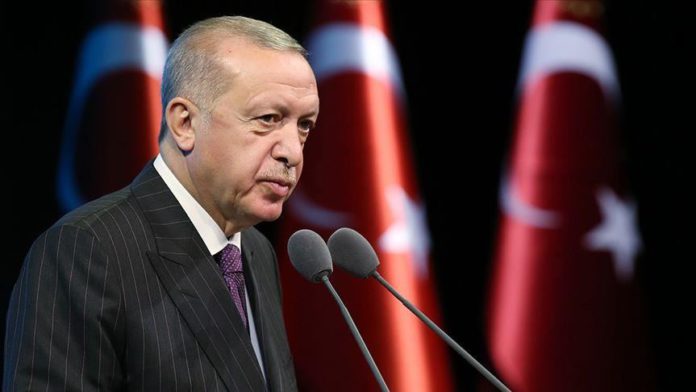 Turkey’s military presence in Qatar serves the stability and peace not only for Qatar but the whole Gulf region, the Turkish president said.

“No one except for those making plans of chaos should be disturbed by Turkey and the Turkish military presence in the Gulf,” Recep Tayyip Erdogan said in an interview with Qatari daily The Peninsula published on Thursday.

Touching on Turkey’s position in Syria, Erdogan highlighted that the country has no eye on anyone’s territory and never permanent in the civil war-torn country. “When the crisis is permanently resolved, our presence in Syria will come to an end.”

Since 2016, Turkey has launched a trio of successful anti-terror operations across its border in northern Syria to prevent the formation of a terror corridor and enable the peaceful settlement of residents: Euphrates Shield (2016), Olive Branch (2018) and Peace Spring (2019).

On Libya, he said that the Government of National Accord is the only legitimate structure in Libya and the legitimacy will succeed there while the putschists will lose.

Libya has been torn by civil war since the ouster of late ruler Muammar Gaddafi in 2011.

The Government of National Accord (GNA) was founded in 2015 under a UN-led agreement. But efforts for a long-term political settlement have failed due to a military offensive by forces loyal to renegade general Khalifa Haftar, who is backed by Egypt, the United Arab Emirates and Russia.

He went on saying that Turkey will continue to work together with the US in all platforms, including NATO, on such issues as fighting against terrorism, democracy and termination of conflicts.

Also touching on the ongoing Armenia-Azerbaijani conflict over Upper Karabakh, the Turkish leader said: “Armenia’s attempt to show Turkey within the conflict through various tricks after its heavy defeat during its last occupation effort has been proof of its confinement and despair.”

The clashes began on Sept. 27, when Armenian forces targeted civilian Azerbaijani settlements and military positions in the region, leading to casualties.

Relations between the two former Soviet republics have been tense since 1991, when the Armenian military occupied Upper Karabakh, an internationally recognized territory of Azerbaijan. 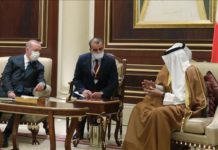 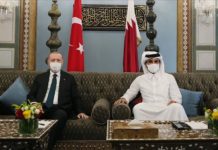 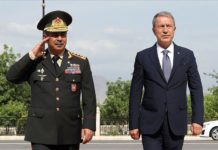 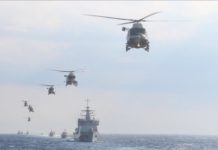 October 30, 2019
We use cookies to ensure that we give you the best experience on our website. If you continue to use this site we will assume that you are happy with it.Ok